You can find our gallery in the center of Prague 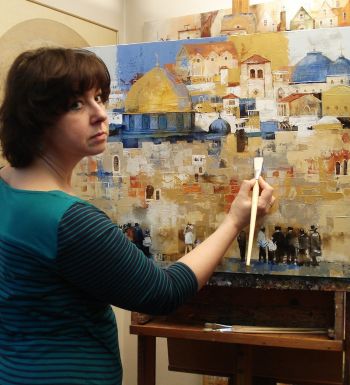 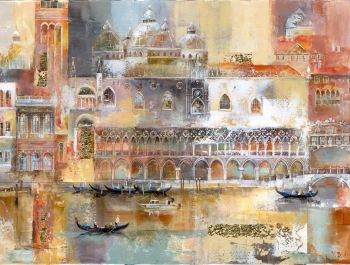 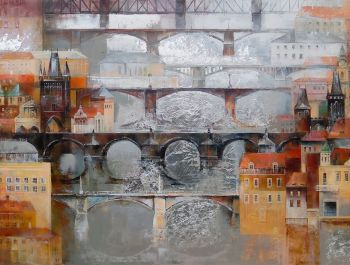 A well known artist in her native Czech Republic and founder of Benoni school of painting. Her artworks are presented in many collections around the world. She lives and works in Prague.

The artist herself enjoyed painting from a very young age. On deciding to take up painting as a profession, she understood that this would entail a lot of long and hard study, Veronika received a great deal of support from her grandfather; an architect. Years later, and Veronika Benoni has forged a unique style in a competitive space of urban-art which has seen her paint some of the most famous landmarks of international cities.

Russian-born artist Veronika Benoni began painting as a child, influenced by her architect grandfather – conversations with her Grandpa remain the strongest influence on her life and art. Veronika studied at the College of Arts in Leningrad and after graduating continued her studies at the USSR Academy of Arts. She spent many of her summer vacations at home by the seaside, and it was during uring one of these that she she met the man who was to become her husband, Ulian Benoni. The pair shared an artistic vision and worked for some time as silversmiths, creating jewellery which became bestsellers in Moscow and Leningrad. Their work was also exhibited at the renowned Central House of Artists in Moscow. The influence of that period can still be seen in the gold and silver leaf with which Veronika embellishes many of her evocative cityscapes. Amidst the political upheaval of the then Soviet Union, the couple moved to Prague in 1994, and Veronika began painting and selling pictures of old Prague and its fascinating streets and architecture. In 1998, the couple established their school of graphics and painting in the city, and in 2001, they opened a gallery in Mala Strana in central Prague. The Benoni technique involves an elliptical perspective method which creates for the viewer the illusion of being drawn inside the composition. The school’s alumni, directed by the Benoni masters, include Alesha Sranda, Jarda Khalupka, Natalie Pecha, Ruvim Tartakovsky and Victor Oster. 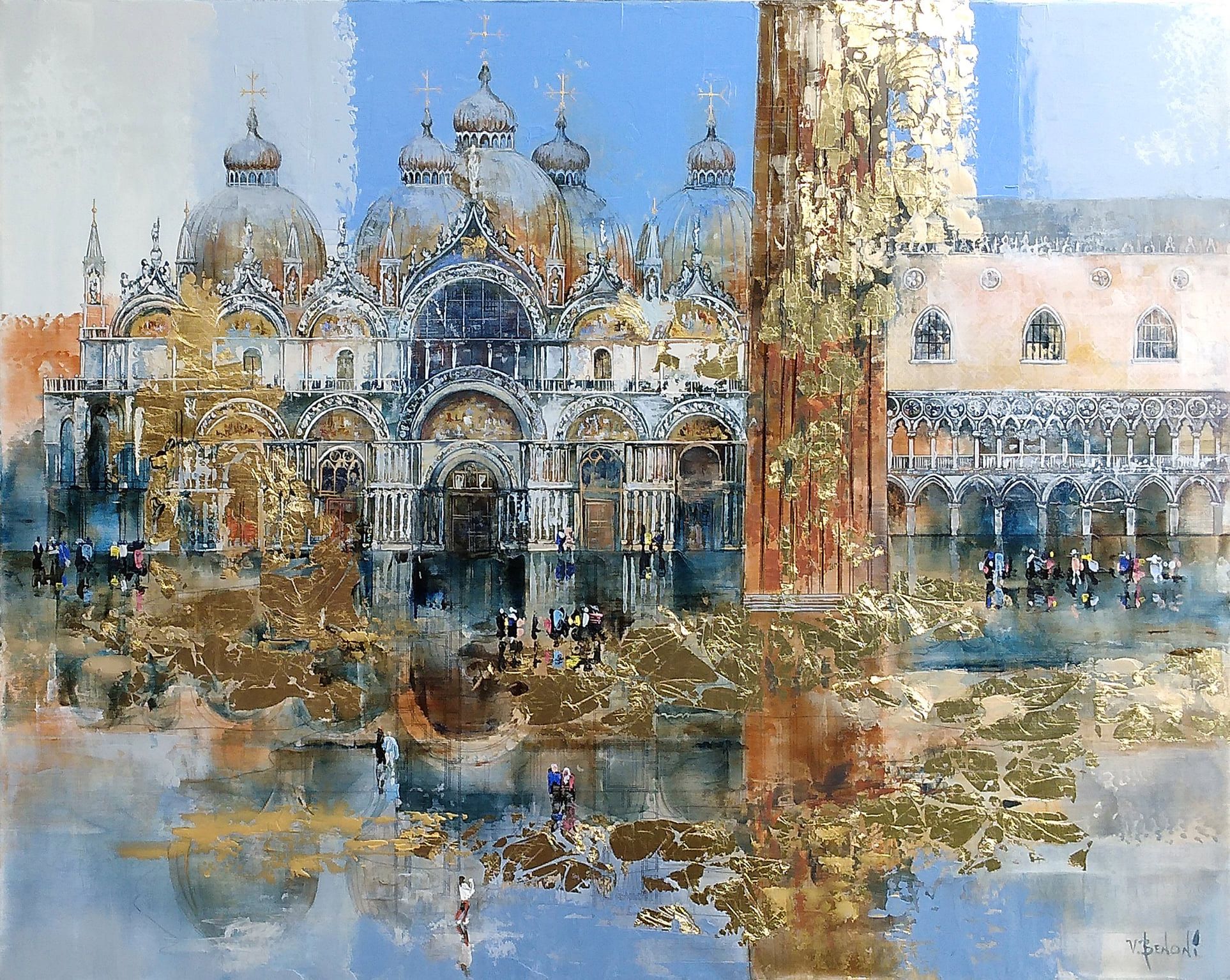 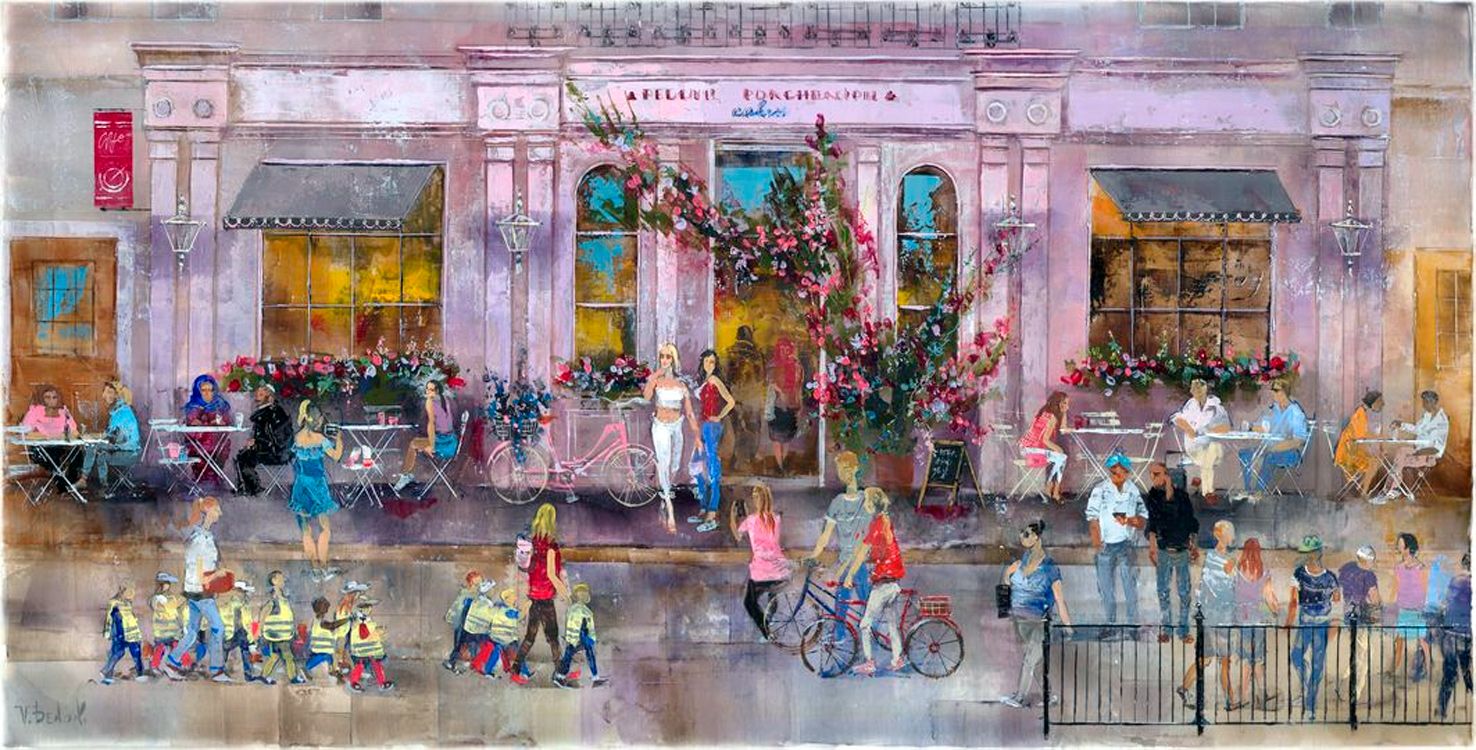 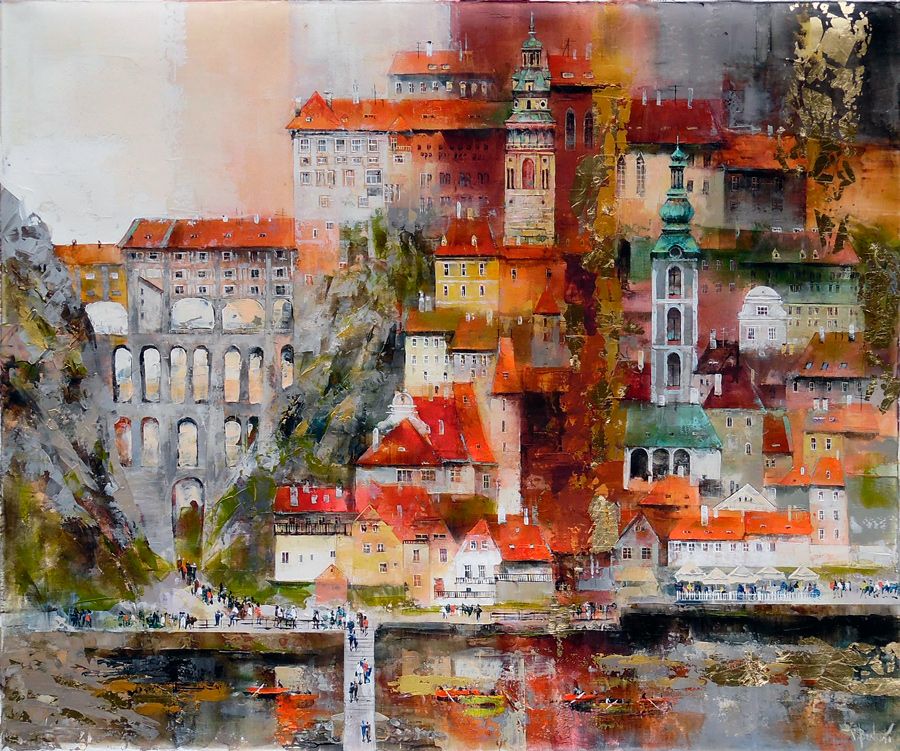 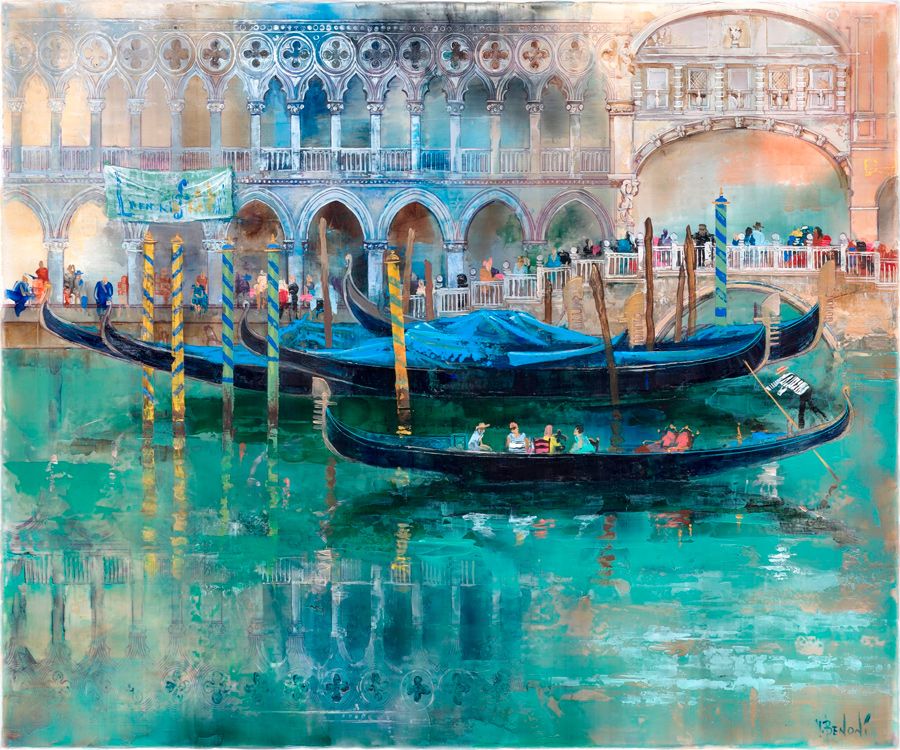 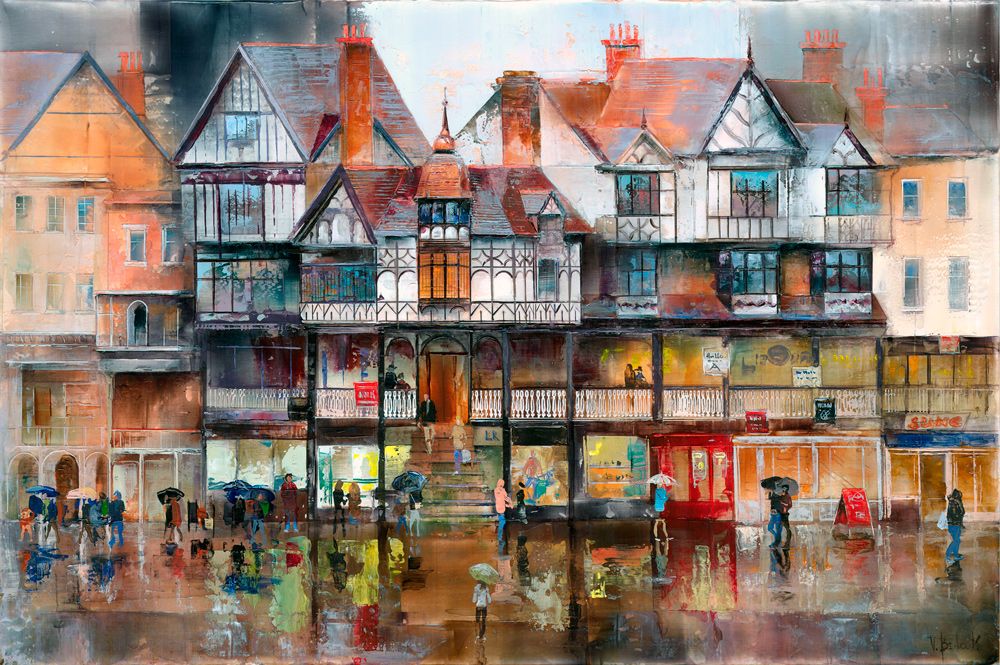 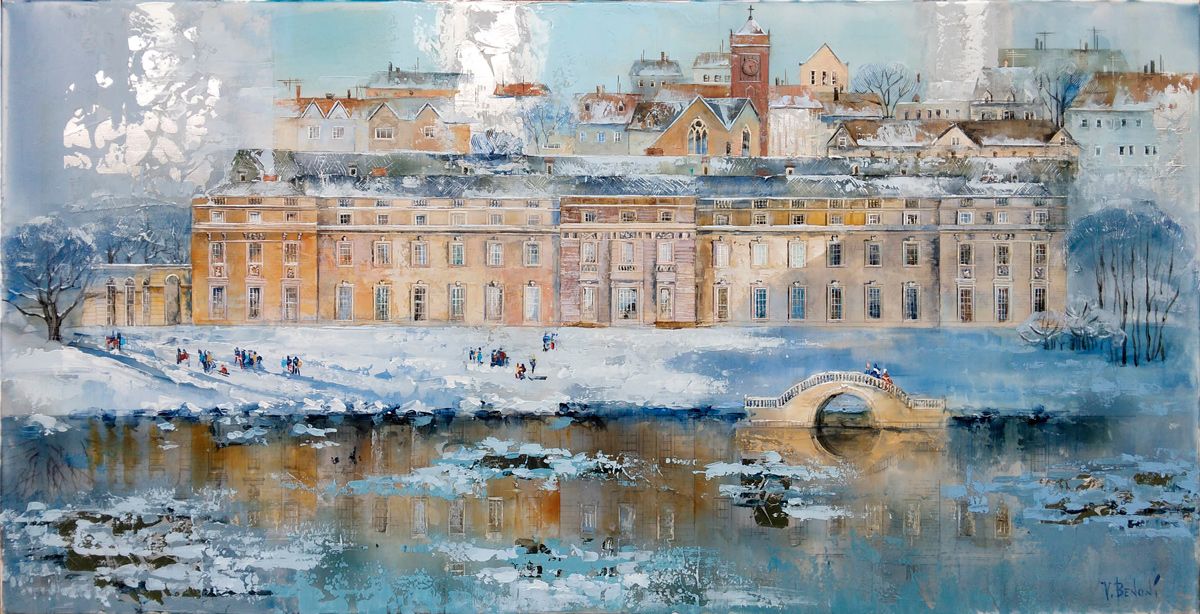 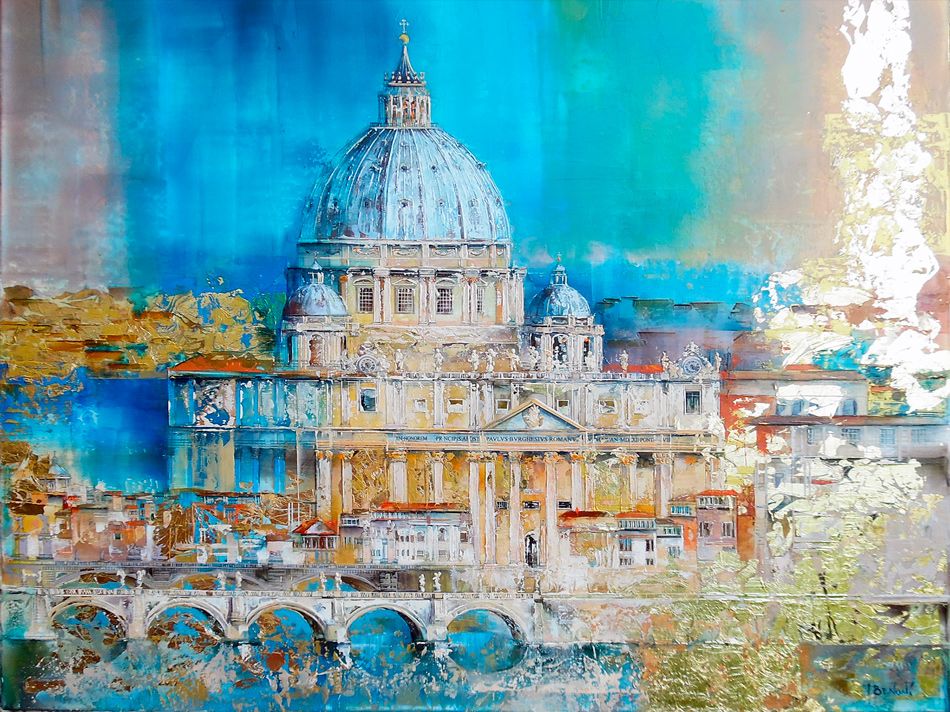 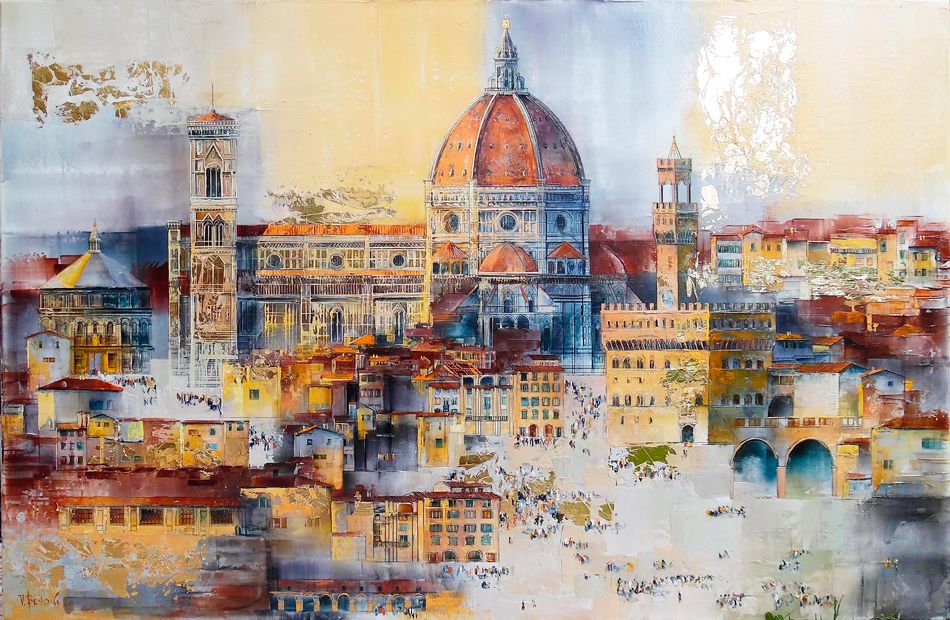 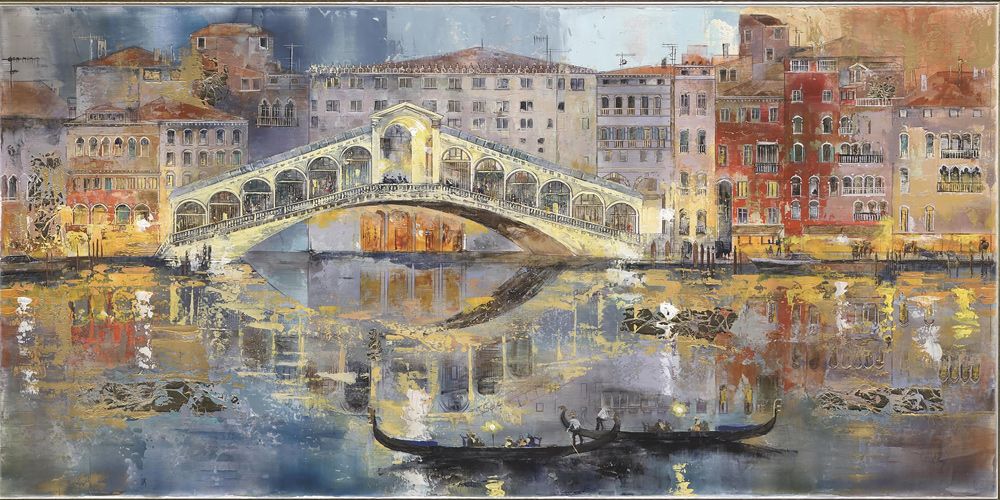